Android, as an open platform, allows people to play around even with some of its most basic futures and change them in a way that best suits not only their needs, but also their taste. As the core Android interface is quite simple, and the skins that certain manufacturers apply to the software on their handheld devices might not be appealing or useful to everyone, a number of apps have been developed that allow you to tailor that interface to your preferences, here are some of the most useful ones.

This is one of the apps that let you make the one of the most encompassing changes to the layout of your interface, namely it lets you change the basic launcher. Naturally, the focus of the app is letting you customize as many features of your launcher as possible, including the status bar visibility, color of the app drawers, apps shortcuts layout and organization, as well as a number of other things. After playing around with this app for long enough, you will definitely be able to find a setting which will look just the way you want it to.

This app doesnвЂ™t directly change your layout or the features of your phone, but it does give you access to a great number of wallpapers or ringtones which you can easily download and use on your phone. While you could make your own wallpapers and ringtones, this gives you a great choice of images and sounds already optimized for your phone. You can preview the ringtones before downloading them, and if you like them, save them to your phone in just one step. Apart from images and ringtones, you can also get a number of free app suggestions, which might make you wade through a lot of uninteresting content, but might just help you find something that you absolutely adore.

While the Android itself comes with a number of live wallpapers to choose from, most of them are not able to hold anyoneвЂ™s interest for too long. This is why there are a number of apps similar to this one out there, which let you create your own live wallpaper. The wallpaper you make will include all the relevant information, such as the date and time, your battery status and Wi-Fi information, but you are given a lot of freedom with its other aspects. A perfect app for people who got bored by their static wallpaper and who have an idea of what they would like to see on their screen instead.

Another app focused on changing your launcher into a more convenient, organized or beautiful version of your default one. This app provides you with a new interface with customizable widgets and layout. Apart from just the basic home screens, it also influences your notification options, giving you a lot of freedom in customizing them the way that would best suit your preferences. This is to say, that apart from offering ways to make your interface much more appealing, it can also help you customize the commands and navigation in a way that will make everything you need easily accessible. 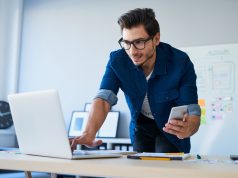 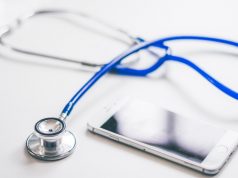 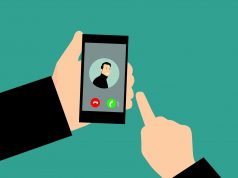 The Future is in Your Hands: The Best Business Applications for...

Really Interesting IPhone Apps You May Want To Download