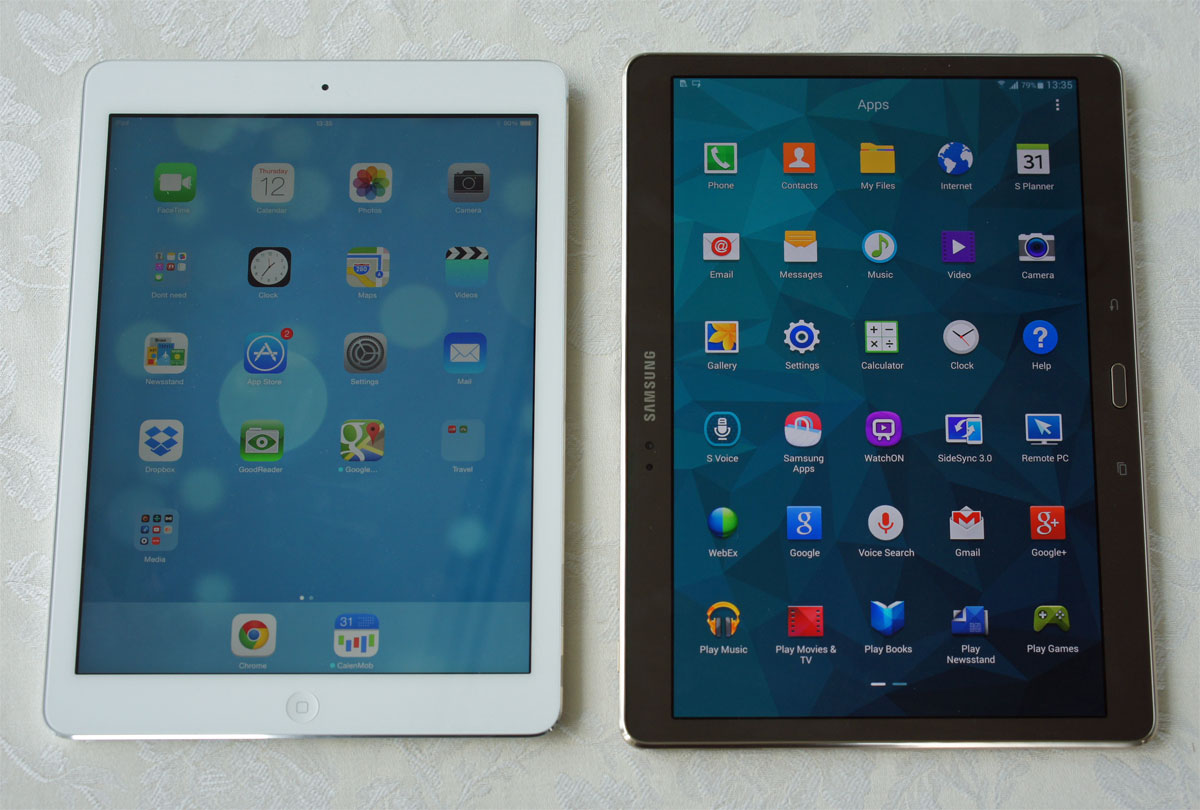 Choosing between these two models is definitely difficult. The Samsung Galaxy Tab is usually seen as mediocre when referring to the smartphone part but we can easily think about it as a tablet. Samsung did manage to create something interesting here.

Samsung Galaxy Tab S 10.5 features the great Quad-HD Super AMOLED and the octo-core Exynos processor. The specs sheet is thus really impressive. However, the iPad Air can easily compete with it. 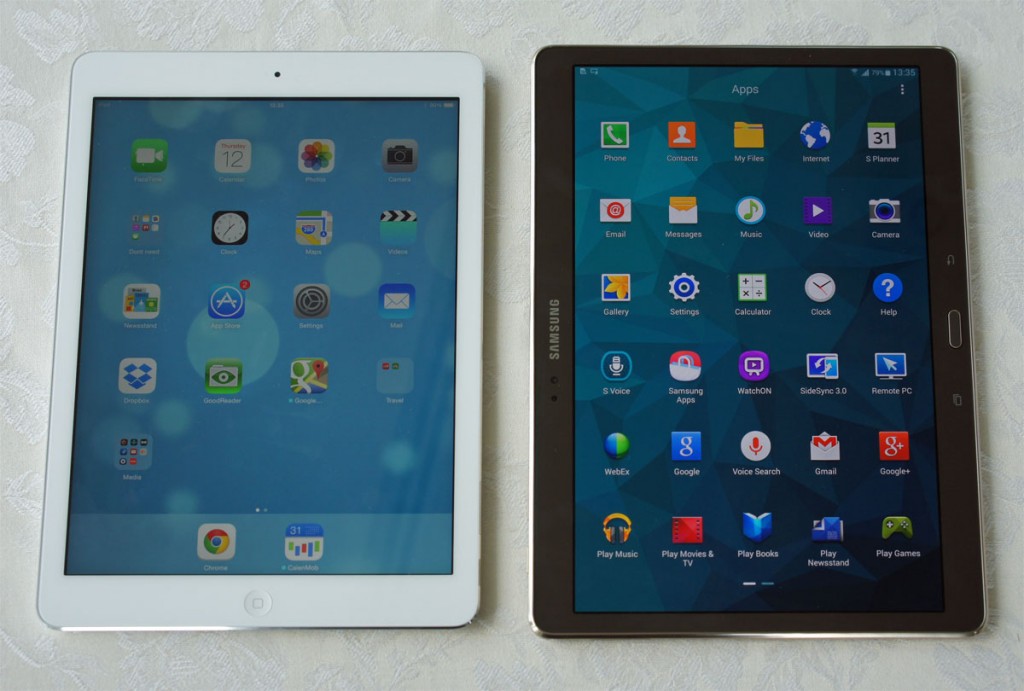 There is nothing that actually surprises us here. Tab S 10.5 includes plastic and the iPad Air is made out of aluminum. Tab S is a little lighter and thinner than iPad Air. However, the difference is not a huge advantage. The display is larger though with Samsung at 10.5 inch.

The main thing that we can mention is the Super AMOLED 2560X1600 pixels display. It has an impressive vibrancy and Samsung also has an included RGB sensor that is highly useful in adjusting colors to the light of the environment. The colors simply look better. The sharper display offered by Samsung Tab S 10.5 with 288 pixles per inch will stand out when compared to the Apple iPad Air’s 264 pixels per inch.

Related:  Top 5 Most Expensive Laptops In The World

Besides the display, comparing these 2 devices does not bring in too many differences. Benchmark tests are necessary but Tab S is definitely more powerful.

Android 4.4 is included by Samsung with the TouchWiz skin. Multi-window multitasking is included and this was always a really big draw of Android when compared with iOS.

Samsung includes the much anticipated fingerprint scanner into the home button. This is where Apple was beat. Tab S includes a rear facing camera of 8 MB while iPad only has 5 MB to spare.

On the whole, Samsung Galaxy Tab S 10.5 is a tremendous Android tablet you will definitely appreciate. The specs can be considered as being headline grabbing. The problem is that Android tablets always had problems in competing when referring to the $499 price line. Tab S 10.5 is considered by many as being the best possible of the two but Apple fans will surely disagree and will want to buy the iPad Air, which is definitely something that does shine.