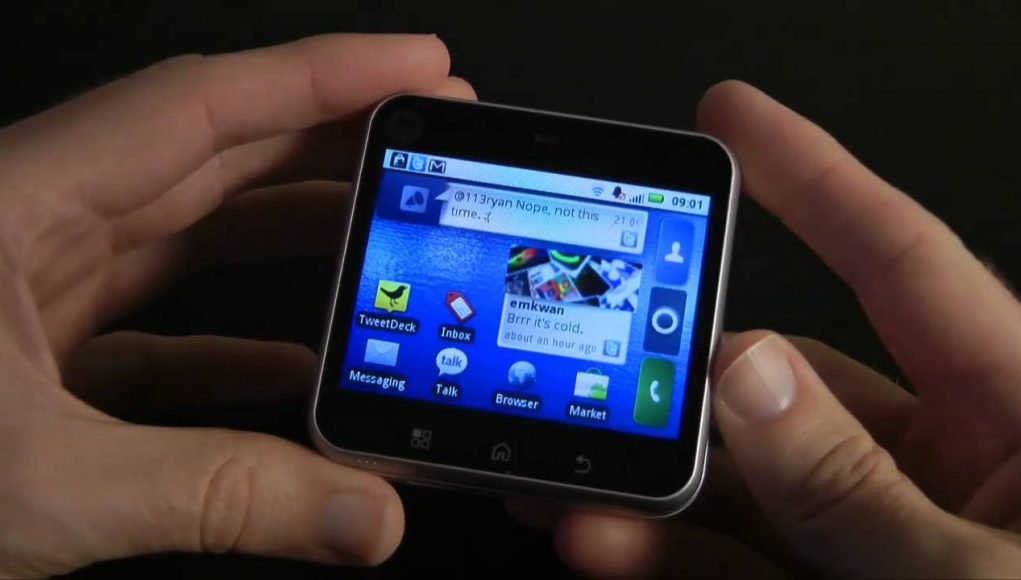 Most of the smartphones that you can use these days are similar. You can even find some really cheap ones that offer great specs and the svelte design everyone expects. However, things were not always like that. Some of the smartphones launched years ago were pretty horrible, with the ones highlighted here surely being some that were a miss, not a hit. While the choice of the worsts one is definitely subjective, the smartphones below have to be considered as being top contenders for the title.

This was the second 3G handset launched by Nokia but it was so weird that it was incredibly hard to take into account. Nokia 7600 appeared on the market in 2003 and tried to be fashionable. However, the style was over the content and design was simply too much. A huge problem was that it was impossible to use the phone with just one hand. It also had a horrible appearance that made so many just avoid the phone at all costs.

FlipOut appeared in 2010 and was a really mad try to create a smartphone that has a keyboard nested. It did end up like someone made a joke and sent a cheeky design that was supposed to create laughter, with the result being a decision to go into production. The keyboard mechanism was slide-out at an angle, which was a really interesting gimmick. However, the phone was really small and was impossible to use unless you had really small hands.

Nokia created many flagship mobile phones around the year but it also managed to launch some that were horrible, with the 2003 N-Gage being a part of the second category. The idea was interesting: combine the games console with the mobile phone. Some people did appreciate it and bought it.

The problem was that the big focus was put on the gaming side of things, as opposed to what a phone is supposed to be used for. The interesting design did have problems, like having to turn off the phone and the battery in order to change the game you play. Also, when you wanted to speak in the phone, it was not convenient.

Nokia N-Gage did not learn from the mistake and actually launched a second version. It did improve on many things but then the iPhone stepped in to show everyone how a smartphone should look like.

It is very hard to say anything good about this smartphone. Somewhere in the year 2003 Siemens decided to create a phone especially for women. The result was a highly stereotypical design that was just horrible. It was practically impossible to take seriously. Colors might have been attracting for some but the shape of the powder compact was horrible.

Xelibri 6 can easily be considered as being the worst smartphone in history but we need to give this title to BlackBerry Storm. The goal was to release a phone that would compete with Apple. The result was a touchscreen that was broken and glitchy, with huge delays after tapping and seeing something happen. There were so many returned smartphones that the company ended up spending $500 million just on that.

Besides the touchscreen, there were devices that couldn’t access the US 3G internet network and the web browser simply did not manage to load any web page that was remotely complex. Basically, this is the phone that will go down in history as the start of the end for the company. The following years were simply despair.

The Ups and Downs of Windows Phones