Wouldn’t it be better if you could have all of the best gaming gadgets to yourself? That would make you more of a super hero and at the same time in having fun too. Just like the Dark Knights who is famed for using several powerful gadgets, you too may be able to taste success and power. So, some of the best ever gaming gadgets are the likes of:

1.Robotic Poodle – No One Lives Forever – How can you escape if you get surrounded by a pack of dangerous guard dogs. Some dogs simply bark and some act rather than simply barking away. So, if you ever find yourself in the middle of such a pack, what would you do to distract the dogs? One of your options may be depending on the Resident Evil procedure where you will be required to shoot them and run. However, there’s a better option in No One Lives Forever and that is an electronic poodle. All of the cartoon lovers know that male dogs are attracted to poodles. So, you can put the electronic poodle to good use to distract the guard dogs.

2.Foam Gun – Shadow Complex – Guns which shoot foam do not form much of a good weapon other than a situation where your enemy actually is allergic to suds. However, the Foam Gun – Shadow Complex is the one which sprays foam which again hardens after contact with almost any surface. So, with the help of this foam gun, you can simply stop your enemies on the tracks by freezing them. You can also build various kinds of platforms for yourself in the virtual game world, for better capability. Therefore, this Foam Gun allows you to access different areas even before you gain a momentum or spirit of different level to reach that area. This even helps you in getting new kinds of weapons to lead the war.

3.Maru Mari – Metroid Series – Just like the foam gun which creates platforms for you and freezes your enemy on the tracks, this too helps you in reaching places even before you can in human form. For, this is a kind of Morph Ball which allows the human form to transform or rather morph into a tiny ball which can reach areas before anything else. So, you can go on to lay bombs and defeat everybody else in the gaming world and go on to escape some extremely deadly situations.

4.Morph-O-Ray – Ratchet & Clank – There’s been no dearth of the transforming ray blasters for the Ratchet & Clank series. These guns help in transforming enemies into bird and animals like those of sheep and ducks. However, the first ever machine in the series still remains unbeatable. It is the Morph-O-Ray. It helped in transforming your enemies into chickens and now the “Gold” version has the capacity to turn your foes into even huger chickens which would then go on to distract your existent enemies, thereby helping you to slip past the net.

5.Grav Gun– Half-Life 2 – The Grav Gun has the power to both draw and repel objects as per the situation. This allows you in knocking out obstacles from your way. You can even use an object lying in your way or obstructing your oath to attack enemies with the help of the gun. Like, you can pull up a saw blade and then shoot it aiming an enemy.

So, here are some of the best and coolest gadgets in the gaming world, which you can use to your advantage and win the game more often than ever. There are some others too like the Portal Gun which helps in creating entries and exits through a wall or the floor. There is also the Atomic Toaster which fires radioactive toast at the enemies! 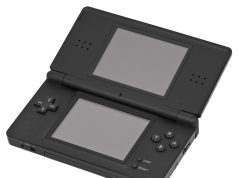 Nintendo Should Not Fail In The Video Game Industry